Menu
File A Complaint
Home Scam News Sextortion: what is this new outbreak and how to fight it?

Sextortion: what is this new outbreak and how to fight it? 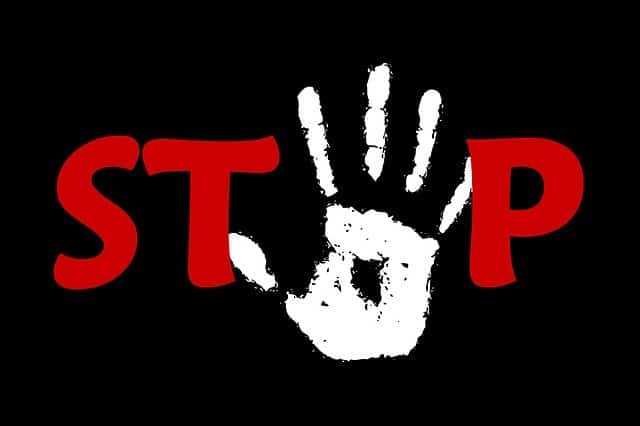 The 21st century has been praised for a number of things including the pacing technology that goes hand in hand with humans. With high tech cars, drones delivering packages, and getting almost everything done with a touch of a finger, the internet has become a crucial part of our lives. This piece of technology truly proves to be a boon in our lives with the onset of the great pandemic that almost destroyed the whole world.

We had no choice but to turn to the internet for almost everything due to the high reliance on Information Technology. The stringent lockdowns, continuations of classes and work, meeting loved ones; internet had a solution for them all. But as the saying goes, “everything good, comes with something bad”, Internet too can be a bane if not used carefully. The Internet gives birth to a lot of serious crimes that have the potential of destroying an Individual’s life. Ranging from online scams such as investment scams, lottery scams, etc. to blackmailing and extortion, the internet can be a very dark place if not used carefully.

Surprisingly, the technology which is meant to be the most technologically paced and advantageous grant to humans has the potential to destroy them as well.

Sextortion can be of many types. One of the meanings is when one day, out of the blue, you receive mail from an unknown address stating that they have full access to your computer or laptop or even your mobile phone. They will further proceed to claim that they also have your webcam feed when you were visiting an adult site.

These emails end with a ransom note threatening the victim to transact an amount of money in return for not releasing the private videos and pictures in public. These emails are sure to give you a fright as what they claim is not something that we encounter on a day – to – day basis. The fraudsters in this case may also send you the last few characters of your password of any social media accounts or your phone number. Sometimes, they may even send you the details of your visit to an adult site.

Another type of crime that comes under sextortion is when the fraudster disguises him or her to be a completely different identity on social media accounts in an attempt to trap the people who do not seem to doubt. These scammers often use fake pictures and talk to the victims and convince them to meet on video chats. After a few days of video chats, the victim gets a message or email threatening to release the feed-in return of money. T

he main form of threat that is used in this type of sextortion is releasing that video in public and sending it to the family and friends. This accounts for a huge amount of embarrassment and the fear of being answerable to the closed one may often lead to the victim being in great stress, thus leading to them accepting all the demands made by the fraudster.

What should be kept in mind is that one must never trust these fraudsters. Once they realize that you have the potential to transfer the money, they would not stop the blackmailing leading to serious debt traps for the victim. Sometimes, this blackmailing and threatening to release the video may have as much of a serious impact as taking their own life by the victim in the fear of being disgraced over the internet.

The third type of sextortion is when the scammer starts sending messages from an unknown number on WhatsApp inviting you to try a private chat service. These messages may keep ongoing and may also proceed to the accused sending private pictures to the victim in the effort of luring him or her into this. Once the victim decides to try the service out and pays for it, these accused start tracking his or her video chats with their so-called company.

After a few video chats, the victim soon gets a message stating that their calls have been recorded and then begins the blackmailing for money. By this time, the victim must have been enjoying the service and may also have shared it with a few of their friends thus increasing the chain of victims.

A common link between these three types of sextortion is that the fraudsters will always ask for high amounts of money in the form of bitcoins. This is usually done in order to avoid any kind of police interference in the transfer of money. These bitcoins are demanded to be transferred into an unknown account that cannot be traced.

The scammers in online crimes are much trained in the IT field and also are claimed to have connections in the dark web from where they get the personal information of their potential victims. They acquire enough information about an individual and then begin their efforts in trapping the poor individual into an endless blackmailing trap.

The affected group and the lack of complaints

The internet if widely and mostly used by the youngsters. The younger generation falls prey to these kinds of crimes because of their lack of awareness regarding cybersecurity. With almost everyone owning a smartphone or having access to the internet via a computer or laptop, people are not as much aware and alert as they should be while surfing through the internet. They often set weak passwords that are very easy to hack for the unethical hackers and do not indulge in using the two-step verification for their social media accounts which increases the risk of them getting hacked.

These people from the younger generation often engage in private talks or sexting over the internet with people they haven’t even met. This may also lead to them sharing private pictures, thus increasing the risk of falling prey to the sextortion activities taking place. One must always be very alert while talking to people over the internet and refrain from sending any image or text that can be later used against them to extort money.

Most of the victims of sextortion crimes do not file a complaint in the fear of being disgraced and embarrassed in front of everyone including their family members and friends. The fraudsters already have given birth to an irrational fear in the minds of these victims that they refuse from seeking help from the police. The conservative society that Indian society still encourages also plays a major role in this case. People are often afraid to seek the help of their loved ones as well because of the fear of what the other might think of them. What we must keep in mind is that one should never be afraid or even think twice before seeking out help from their close ones.

What is the possible way out of this?

Sextortion, if not dealt with with great caution, can be a very risky matter. Experts say that most of the sextortion emails that are received by the victims are nothing to be afraid of. If the fraudsters really had any private images of you, they will attach a still image or short clip from the recording with the mail in order to make it more convincing and threatening. Acquiring a mobile number or your password is not a great deal. The password may have been leaked in the criminal world as a part of a data breach.

What you must note is that these passwords that the accused state in the mail is often a very old one and might not be used by you presently. Nowadays, almost every social media account needs you to put in your mobile number to open the site or read the content on their website. This is where these fraudsters get your mobile numbers. According to the official reports, most of these emails are of no importance and are sent randomly to people in the hope of them reacting to them. Such emails should be ignored or reported to the police.

The only way to stay away from the other type of sextortion that deals with catfishing are to be extremely alert while conversing over social media and taking special precautions before sending private pictures to anyone. One must not trust anyone who claims to be a totally different person without proof or without meeting them. The common targets of these crimes will be the younger and the middle-aged generation.

One must always take extra precaution while sharing information online and always set strong passwords to protect your personal information. In case of being trapped by any of the fraudsters over a sextortion case, you should never transfer the money and go to the police instead. This will not only help you and save your money but also help many others who may not have the courage to go to the police and file a complaint regarding their case.