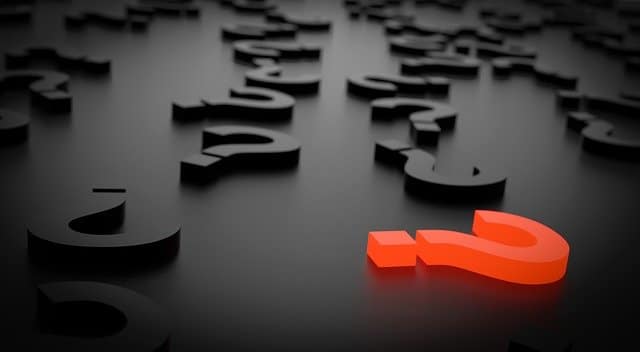 Sextortion cases are on the rise. Understanding the facts can help prevent you from becoming the next victim.

The topic of today’s article itself seems to be a made-up word, wouldn’t you agree?  However, compared with what is going on worldwide currently, this is not surprising.

2020 was very successful in making a mark in the pages of history by being witness to the novel coronavirus. From work meetings and online classes to video calls with family and weddings, the pandemic forced people to turn to the digital world for almost everything. The growing consumers of the digital world have forced the scammers and robbers to take their work online. Be it calling someone miles away, watching the movie you were so excited about, or spending some time for yourself; the internet is one big alternate world for most of us. As a result, incidents of online scams, robbery, extortion, and flesh trade have only increased online.

The video chats are then recorded without the victims’ knowledge and later used for blackmail purposes. The victims, not realizing that they were recorded, unfortunately fall into the trap and often end up following the instructions of the blackmailers. This not only results in a possible monetary loss but, in some cases, can lead to the loss of human life as the embarrassment of having the images released over the internet is enough to push many over the edge.

As the pandemic restricts people from meeting in person, most have resorted to online methods to satisfy their sexual needs. This is taken advantage of by scammers and converted into a money-making business.

Sextortion in the News

A middle-aged trader recently filed a complaint regarding a sextortion scam with Londin police. In the complaint, the victim claims that he received several messages from an unknown number advising him about an online escort agency. He didn’t pay any attention to the messages until they started sending pictures. Shortly after, he paid for the service and tried it for a couple of days. After a few days, he received a call demanding $50,000, failure of which would lead the scammer to send the victim’s sexual video to his family and friends. The victim also states in his complaint that he lodged his complaint with the police after the fraudster continued blackmailing him even after 5-6 transactions.

A similar case happened with another trader who claims that he went for chat services after receiving links on WhatsApp. Two days after the service, the victim states that he received an extortion call which demanded a lot of money.  Similar to the above case, the scammer continued with threats of blackmail despite several payment transactions, prompting the victim to lodge a complaint.

Sextortion and the Law

As sextortion cases continue to increase, police are on alert and cyber security authorities  have been ordered to keep a close eye on the problem. The police also state that the accused in such cases can be put behind bars. Ethical Hackers have an explanation for the mode of operations that these fraudsters use to blackmail the victims. The members of these rackets often hack the email of their victims, weeks before the attack while the victim is unaware of anything that is happening. The personal information of the victims is extracted through their hacked accounts and later used to blackmail them along with their private videos. Most countries treat blackmailing as a type of extortion of an individual or an organization, This can involve threats of violence, shaming or other harm in order to compel a person to do something. Legal terms concerning blackmail are generally classified as a felony, this can result in several years in prison or and high fines.

Sextortion emails are a very common tactic used by scammers. These emails start with requests for money, failing which will lead to the distribution of the webcam feed to friends and family. To make these emails more convincing, the fraudster may also mention that they have access to social media accounts and other accounts. They then proceed to threaten their victims by claiming to have access to their camera feed. Upon realizing that the victim has fallen into their trap, the scammer may ask for further private pictures or videos to lock them in further in order to extort more money. The blackmailing does not stop with several transactions. The money demanded in these scenarios is often demanded in the form of bitcoins in order to avoid any tracing by the authorities. According to a Sophos report for example, 7.31% of these emails are sent from Vietnam whereas 3.73% are sent from India.

Victims however, must always be alert before indulging in any kind of conversation with the scammers. If the accused really is in possession of the videos as claimed, they would attach a short clip or screenshots as evidence. The password that the fraudsters post will probably be a password that you may have used several years ago. This information is acquired by scammers from the cybercriminal underworld as a result of the data breach.

In fear of getting their pictures or videos leaked and getting embarrassed publicly,  victims often do not go to the police and lodge a complaint. They are threatened to not do this by the perpetrators so that they can extract as much money as they can. Very few people come forward to seek help from the police. Often the fear of being disgraced in front of family and friends hold them back from officially reporting a crime.

The root cause of these crimes taking place online is the lack of knowledge about cybersecurity amongst the public.  The main target of these fraudsters are mostly teenagers and young adults who spend most of their days on the internet. This generation is the most experimental and records private videos or engages in sexual conversations with people across the internet. The main problem attached to this problem is that they often set weak passwords and do not use the two-step verification rule which puts them at risk of being hacked. Sextortion exists in a number of different areas which include hacking computers to extort private pictures, manipulating or cat fishing over the internet.

Users must always tread carefully when dealing with communication over the internet. To quote a very wise saying, “prevention is better than cure”.  So users should always take extreme caution before indulging in any activities that could result in a scam.