Menu
File A Complaint
Home Scam News Sextortion: The disturbing rise along with the pandemic, the cause, and how to fight

Sextortion: The disturbing rise along with the pandemic, the cause, and how to fight 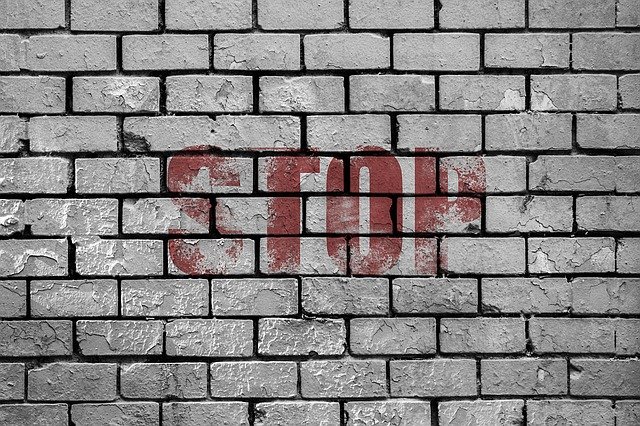 The Covid outbreak of 2020 has proved itself to be major destruction that took the whole world down. Even though the pandemic has brought in some positive changes in everyone’s lives such as people learning to cook, spending time with their families, spending time with their pets and so much more, the world had also seen some downside with the outbreak with the economies crashing, people losing jobs, children struggling to find means of education, abusive households, etc.

With most of us getting trapped in the four walls of our houses, people have started resorting to their laptops and other devices to log into the online world. The term online has become a household word in this decade. From going to cybercafes to access the internet to having unlimited internet packages on mobile phones, the online world has intertwined itself with our lives. From paying online, watching movies to cooking tutorials, and studying, almost everything is available online. However, as the saying goes, “too much good of anything is bad”, too much of the online world is also proving to be a bad thing now.

Amidst all the advantages that the internet provides us with, it also comes with many disadvantages. With everyone turning to online modes for almost everything, fraudsters and robbers have started scamming people online. These scammers adopt a number of methods to trick people and steal all of their money. This may also result in the victims falling into debt traps and even choosing death due to the pressure upon them by these robbers.

What is Sextortion and different types of Sextortion

Sextortion is a term used when a victim is threatened to have his/her sexual pictures or private videos be released online if the victim does not give the accused the money he demands. These victims are often misled and coaxed into sending their private images or videos to the criminals or them pretending to be someone else. These unsuspecting individuals are then taken aback when these criminals make the call and ask for a huge amount of money or other sexual favors in return for not leaking these images online. Sextortion can be of many types, most of which we will be discussing today in this article.

The first and the most common type of sextortion that the criminals conduct is through the mail. In this type, the criminals send emails to the victims stating that they are in possession of the victim’s private photos or videos. In order to make the email more convincing, they may also attach passwords of any of the victim’s social media accounts. The mail ends with the cybercriminals asking for money in the form of bitcoins. These huge amounts of money are demanded in bitcoins in order to assure the hardest level of tracing possible. Bitcoins are not at all easy to trace and thus most of these cybercriminals tend to turn to this level to complete their transactions.

Experts say that these emails are often sent in large numbers and unless they have the proof of having your pictures in possession, there is nothing to worry about. The most common question that may come to your mind about this is that if they do not have private images then how they have our passwords. The answer to this question is simple and lies in the dark underbelly of the online world. As a result of data breaches, the passwords to your social media accounts are often put for auction in bulk. This is where cybercriminals purchase your information in order to threaten you and extort money.

Another type of sextortion is when a person hacks into another’s phone or computer in order to get their private pictures or videos that they might have recorded on these devices. What we must always keep in mind is that these pictures that are recorded in a device do not always stay in the device. These pictures are out in the open due to device syncing and uploading pictures into cloud storage and such.

These photos can also be easily extracted from a formatted phone as well due to the technologically advanced era. An anonymous victim stated online that she had given her phone for an upgrade. Even though she had given a formatted phone, she received a call demanding money in return for the private photos that were extracted from her phone. The criminal in this case also demanded money in the form of bitcoins. The couple decided to complete the transaction because of the fear of being publicly embarrassed. We must always be aware and stay careful while changing phones or setting passwords to our online accounts.

The third type of Sextortion is through video chats or video calls that most of us do nowadays in order to stay in touch with the ones close to us. Many of the victims of Sextortion share their experience online stating that they started receiving Whatsapp messages that invited them to have online conversations and video chats with the person of their preference. These victims were then sent pictures to lure them into purchasing these services. Once purchased, they successfully conducted a few video chats after which they get ransom calls threatening to release their private videos online and also sending them to their families.

What we often forget while engaging in these video calls or video chats is that there are several apps through which one can record these video calls and use them later without the victim’s information. These victims are often lured by women who are also forced into this by the greed of money or any other way. Once the video chats are recorded, snippets or file images of these videos are sent to the victim in order to blackmail them and force them into giving these scammers the money. We must always be careful while indulging in activities like video calls or video chats with strangers.

Another situation of sextortion takes place when an ex-partner has in his or her possession the private pictures or private videos of the victim. These images or videos are used by the toxic ex-partner to keep the victim in a relationship with them, demanding any sexual favors or demanding money. These ex-partners often record these images or videos when they are in a compromised situation with the victim and then threaten to release them over social media or send them to the victim’s family and friends.

This situation often puts the victims in great distress as their trust takes a back seat and the fear of getting disgraced in front of their loved ones and over social media threatens their existence. A victim of a similar incident opens up online saying that her ex-boyfriend who also happened to be a famous influencer on social media, threatened to leak their private images and private videos, which consisted of them in a compromised position, on the social media handles and also send it to her family. He demanded money, sexual favors, and more private pictures in return for these. The victim claims that despite her not consenting to any of it, she was harassed and exploited by the accused. Another victim states that her ex-boyfriend threatened to leak all their private images and videos when she shifted to another place for higher studies. In a video that she posted on social media, she also states that she was a victim of stalking and lived in the fear of being thrown acid on the face when she was alone outside.

Catfishing is another type of Sextortion that has been on the rise since people started resorting to online dating sites. Cybercriminals often set up fake profiles pretending to be a girl and talk to guys. They talk to the victims and as for their compromised pictures, which youngsters nowadays give without any reluctance; they also try and engage in sexting. These pictures and conversations are later used by these criminals to threaten the victims and demand money in return. A victim of an incident states that his mother received the compromising pictures of his which were captured from a video call that he did minutes ago with a girl. Soon, a ransom call was made to the victim asking for a lot of money in the form of bitcoins. The victim decided to approach a cyber-cell head with his mother in order to look into this matter. This incident, according to the victim, ended with him having to transact all the money to the criminal.