Menu
File A Complaint
Home Scam News Ponzi Schemes: Everything that is there to know about

Ponzi Schemes: Everything that is there to know about 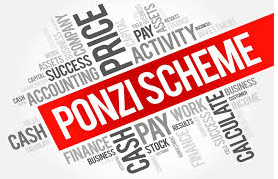 The 21st century has become a social hub for social media platforms and the internet in general. With almost everything available at our fingertips, from groceries to booking flight tickets, the internet has become that essential companion or part of our lives that we cannot live without. Along with all the luxuries that any person with a device to operate on and a stable internet connection is subjected to, come to the disadvantages as well. With all kinds of people waiting to prey on you and acquire your money forcibly, the Internet is really a place that should be thought upon before entering. Just like all the benefits, the Internet, and all the social media platforms in there has various kinds of people who are just waiting for the right moment to attack you emotionally and steal your money. A Ponzi scheme is yet another fake scam that promises its victims high rates of returns in exchange for very little risk. This is also known as a Peter- to- Paul scheme as it basically involves a scammer robbing Peter to pay Paul or in simpler words, the online scammer will take money from his or her latest investor’s money to pay back his previous investor. This kind of scheme is very similar to a pyramid scheme as that scheme also uses the money of their latest customer to pay back the previous one.

Some of the key elements that are religiously followed by every Ponzi scheme ever are three points that we are going to discuss further. Firstly, they use the money that is invested by the latest investor to pay back the returns to the previous one. Now, this is a very common method used by all online scammers. At first, they would promise their customers or “victims” that they would be subjected to highly profitable returns with almost nil or a very little risk. Their method of convincing is so good that the victims often get convinced and believe in these stupid lies. When they agree to invest, the online scammer or the cybercriminal asks them to pay through any of the online modes and then provide them with lame excuses till the time they get successful in catching and roping in another victim. As soon as they get another victim who pays or invests in their so-called brilliant scheme, these criminals use this money to give to the former victim stating that they got a very high profit. While doing so, these cybercriminals or online scammers may also state that the returns that they give to the victim are from a well-curated business venture that they have put their sweat and money into. They would often boast about the fact that the business venture is purely their idea and the profit claimed from this is purely the fruit of their idea and struggle. We recommend our readers not to fall into any of these emotional attacks. These criminals are just trying to rope you in and prey on your vulnerabilities. The result of which, you give in the money and they are earning illegally. One more thing that these cybercriminals and online scammers do is utilize the artificial intelligence devices available to hide the lack of economic substance or loss that they are incurring if they fail to get more victims.

The History of the Ponzi scheme

The name of this scam that is, the Ponzi scheme, is derived from the name of a scammer in 1919 who went by the name Charles Ponzi. The whole scheme is named after this one deceptive guy even though the Ponzi scheme traces back to the late 1800s. These were planned and executed in the United States and Germany by Sarah Howe and Adele Spitzeder respectively.

Moreover, the Ponzi schemes had become so famous that it even had been written about itself twice by the famous novelist, Charles Dickens. Events revolving around the Ponzi scheme were written in 1844 and 1857 in the books titled, Martin Chuzzlewit and Little Dorit respectively.

The father of this scheme or the one whom the scheme was named after had attacked the US Postal Service in 1919. The US Postal Service had shown severe upward growth by curating international reply coupons. With the help of these international reply coupons, the sender was allowed to purchase postage before and send it with the mail. As the receiver gets the mails, he or she will be able to go to the nearest post office with that pre-purchased postage and exchange it for a priority airmail postage that is needed to send a reply. This practice does seem a little illegal but it was not. However, Charles Ponzi’s greed made him get into trouble.

As the head of the Securities Exchange Company, he assured the public and promised them that he would give them profitable returns as much as 50% in 45 days tenure and 100% in 90 days tenure. Even though this did bring a lot of doubts, the public agreed due to his widely acknowledged success in the postage stamp scheme. However, instead of actually putting the money that he got from his customers into a scheme, he just shuffled and redistributed stating that he had invested in a scheme. Ponzi’s attempt at becoming a rich man by stealing people’s money failed when the Boston Post started investigating this matter. On August 12th, 1920, Charles Ponzi was arrested by the federal authorities and was also charged with many accounts of mail fraud. The scheme breathed its end along with Ponzi’s arrest in 1920.

Some of the most similar characteristics that are shared by these Ponzi schemes are:

Promises of high returns at a very little risk

If you have your money in a scheme that seems to give you profitable returns without any attention paid to the market conditions at that point, then beware as it may be a Ponzi scheme. The normal working of the Ponzi schemes includes the scammer or the criminal to shuffle the money between the existing investors in order to make them think that they have successfully invested in a highly profitable scheme. Our reader must note that in such cases the cybercriminal often does not check the market conditions before giving out the money and thus they are at risk of getting caught. If you find any of the brokers doing that, report it as fast as you can.

They are not registered with SEC

The companies providing advice to investment companies or investment companies themselves should be registered with the Securities and Exchange Commission. The companies who are running a fraud scam will not be able to register themselves as they won’t clear the parameters created by the commission. Our readers must take note that one should never invest with any company or broker no matter how much sugarcoating and sweet lies they lay in front of you. One should always conduct thorough research and then proceed to invest money. These online scammers or cybercriminals will spare no method to try and coax you into investing money with them or their companies. They will give you guarantees and may also show you fake happy customers along with tons of lies.

Strategies too complex to describe

You might have come across one broker who might have said that their strategies are brilliant and promise profitable returns. However, if you pay close attention, you will understand that when these fraud brokers are asked about the scheme, they will either change the topic or say it is too hard to explain. One must note that if the broker or the investment company was legit, they wouldn’t have flinched from telling you how their strategy works.

No official paperwork showed to the clients

We recommend you always lookout for the red flags and not fall for these traps. If you are in one already, register a complaint today!