Menu
File A Complaint
Home Scam News Fake Giveaway: The personal experience of an Instagram influencer and hacks to avoid

Fake Giveaway: The personal experience of an Instagram influencer and hacks to avoid 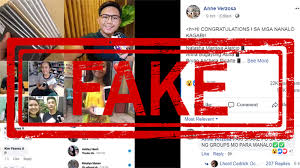 Social media has taken all of us in its grip. Online platforms like Instagram and other social media handles consuming all our time. Especially after the onset of the pandemic, as we have all been trapped in the four walls of our homes, the online world has been our only source of contact with the outside world. However sweet and honey-like the online world may sound, it also has its own versions of evil. The evil of the internet includes the social media scammers who scam accounts on social media platforms that include Instagram, Facebook, Twitter, etc.

One of the main scams that are conducted on social media platforms is the fake giveaway. These giveaways are often carried out on the pretext of either being a very famous personality on that social media platform or has some mind-blowing items as prizes. One must be really careful before giving their account’s access or money or any personal information to these giveaway organizers. These scam organizers and cybercriminals often collect the personal information of people on a large scale in the name of fake giveaways and later sell it at the dark underbelly of the internet also called the dark web. Access to your social media accounts is also asked by these scam organizers in the name of posting their sponsored content on your handle. By giving access to your social media handle at Instagram or Facebook or any other platform, you not only grant them the permission to invade your privacy but are also putting your close friends, family, and even your followers at risk.

In some cases, they request a huge amount of money in return for followers. This request also must not be granted because by doing this you are just directly putting your money in the dustbin. The giveaway organizers will eventually ask the people in their giveaway rules to follow your account and you may see a surge in your followers. However, this sudden increase and growth in the number of followers on your social media handle may only be temporary. This is because, as the giveaway ends, the active accounts i.e. the accounts which are handled by people and maintained as their real accounts will unfollow you. This will gradually lead to most of the followers who followed you just for the giveaway, unfollowing you and leaving you with a bunch of ghost accounts that people used to follow you with. Now, another problem that arises due to these ghost accounts following you is that the social media platform will start doubting you for a scam. For example, if a lot of ghost accounts follow you on Instagram, then Instagram will notify you stating that they have found suspicious activity and they will be closely observing your account. They will also remove or block your account if it continues.

Now, this seems to be a major problem because all your money has also gone to waste, and now the social media platform is warning to block you. Does this seem like a completely imaginative story? This is what happened with a famous Instagram influencer when she fell for a fake giveaway and ended up losing a lot of her genuine followers and hard-earned money.

This celebrity states in her blog that she was new to the Instagram platform and she would regularly post stunning and authentic content on her feed. Even after her constant efforts, she was disheartened when she was not able to observe a growth in the list of her followers’ day and after. Without losing hope or any heart, she still used to produce content for her feed. She proceeds by saying that she used to see some of her favorite influencers adopting the method of pitching in cash for these giveaways and getting thousands of followers in return. Even though she knew this is a risky business and was not really sure of giving it a try, when a page contacted her to pitch in cash for their giveaway, she agreed. She also states that she was aware of everything that was happening but was too disheartened by the failure of the increase in followers of her social media page.

The influencer claims that once the page asked her for the money and the transaction was complete, she had no trouble and everything went well. Soon the giveaway started and her Instagram handle username was also there in the list of people that the people needed to follow in order to participate in the giveaway. The prize for this giveaway was a big cash prize that was collected from all the people and influencers whose names were listed in the rules. On the first day, she observed a huge rise in her followers’ list which she recalls to have increased by almost 2000 people. She was so happy and ecstatic to see the sudden growth in the followers’ list. The coming days, however, saw a lot less traffic and by the end of the giveaway, her Instagram page’s followers had increased by 4000 accounts.

Even though all of this, she recalls being very happy and content at the fact that the money she deposited in the giveaway did not go to waste. However, all of her wishes did not come true. As soon as the giveaway ended, the influencer recalls having noticed a dramatic fall in her followers’ list on her social media handle. She explains this by saying that most of the new followers were teenagers who followed her just for the cash prize. She also prefers not to blame these kids as it is not their fault. She then proceeds to explain that after a week or so of the giveaway, almost all of the real accounts that followed her during the giveaway had unfollowed her and all she was left with was a variety of ghost accounts that people had used to follow her with. Now, this was done to increase their chance of winning the mouthwatering cash prize offered at the giveaway.

Soon, it started to get troublesome for this influencer when Instagram started noticing the entire list of ghost accounts that were following her. This resulted in the Instagram celebrity receiving a warning from Instagram security stating that suspicious activity was observed in her account and if it continued, her account would be deactivated or temporarily blocked. This put her into fits as she was sure that on top of losing all the new followers and money, she was now at the risk of losing her whole Instagram page which was once the producer of authentic and genuine content only.

The influencer further adds that other than the rapid rise and fall in her followers’ list, the one thing that continued to disturb her was the fact that she had invested her money in a fake giveaway. She continues to say in her blog that there is no assurance that these giveaways would utilize your money in the right way. They may buy a gift like a Polaroid camera or an iPhone or something else like a holiday package or a plane ticket to a tourist destination. However, she also adds that the people organizing the giveaway may only use some of the money that all of the people pitch in for the gifts and save the rest for themselves. One other possibility is that they may never actually give the gifts. All of it may be a complete hoax and the organizers may just be making a complete fool of everybody only to run away with the money later.

The influencer ends her blog by stating that she had to check all her followers one by one and remove the ghost accounts manually in order to gain trust from Instagram security and stop them from deactivating or blocking her account. She admits that it took a lot of her physical energy, mental energy, and a few months to finally get rid of all the ghost accounts that were following her and retrieve her account.

Tips and tricks to spot a fake giveaway